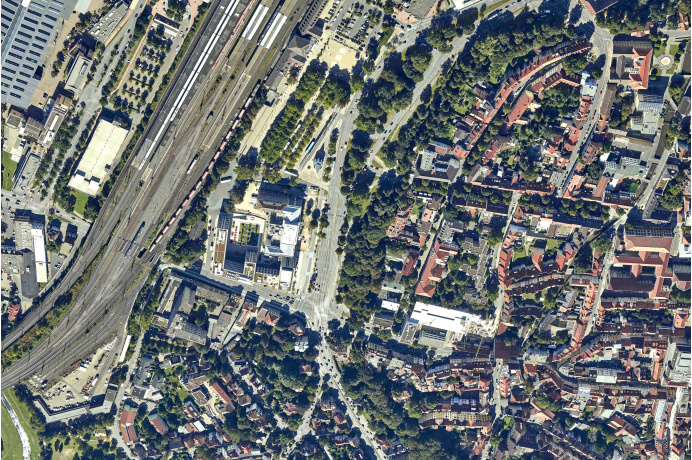 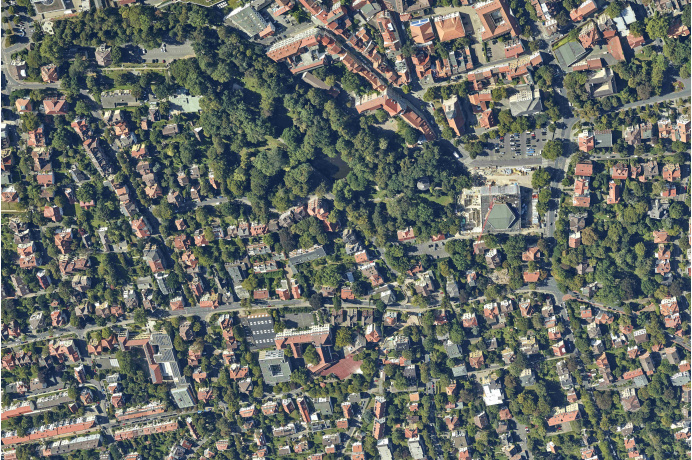 In August 2020, BSF Swissphoto was contracted by the State Office for Geoinformation and Land Surveying of Lower Saxony (LGLN) for the project "Aerial Nadir and Oblique images for Göttingen".

The goal was to capture nadir imagery as well as simultaneous oblique aerial images in four directions with resolutions of <10 cm. We used the Urban Mapper from IGI mbH, an oblique image system with a total of eight camera modules: four sensor modules form the nadir view, the other four RGB camera modules form the oblique image perspective. These cameras look forward, backward, right and left. The recording angle of the oblique images is 42°, which allows the complete coverage of house facades in inner-city areas.

On one day in September, the entire area of 216 km2 was surveyed in 4 hours, and 22,400 images were taken and delivered to the client after aerotriangulation.