Reception at the German Embassy in Bern 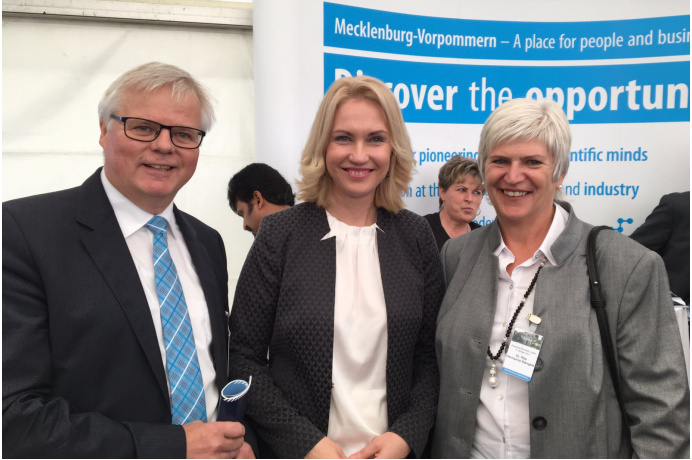 On 4 October 2017, on the occasion of the Day of German Reunification, a reception at the German Embassy in Bern was organised. This year the Land of Mecklenburg-Western Pomerania was the partner of the event. Prime Minister Manuela Schwesig stated that “Mecklenburg-Western Pomerania and Switzerland were closely affiliated”. She highlighted the locational advantages in north-eastern Germany and promoted investments from the alpine country.

During the aperitif, our CEO Roland Stengele found the chance for a short conversation with Mrs. Schwesig. He spoke of the poor internet connection at our location in Pasewalk. He argued that Federal money made available for the elaboration of nationwide broadband coverage should not only be spent in the coastal tourist regions, but that it should be made available to all in the region. He stated that IT-companies cannot be successful in the region without adequate infrastructure.