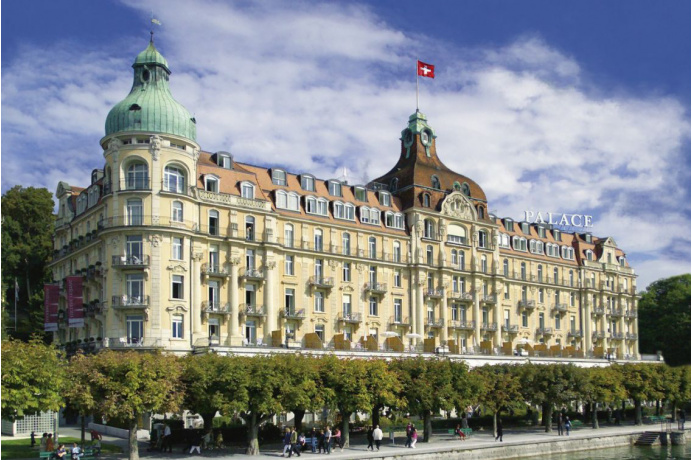 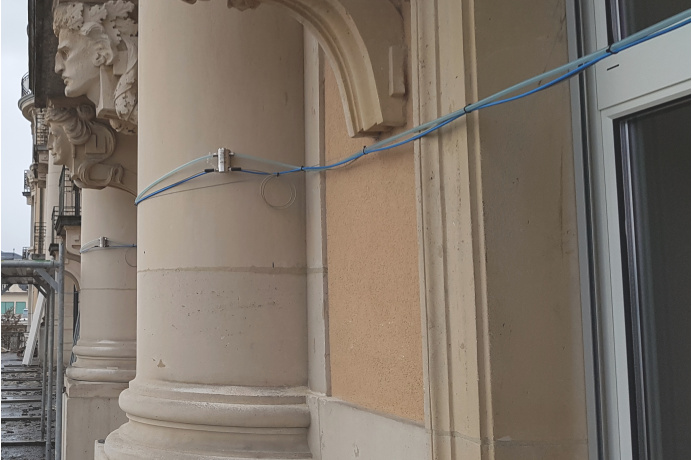 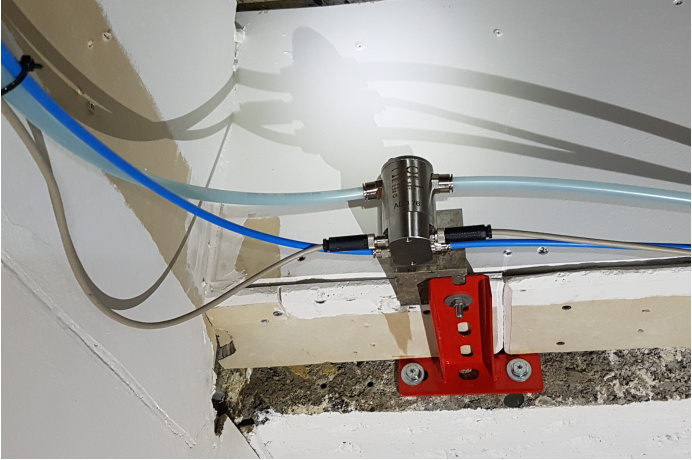 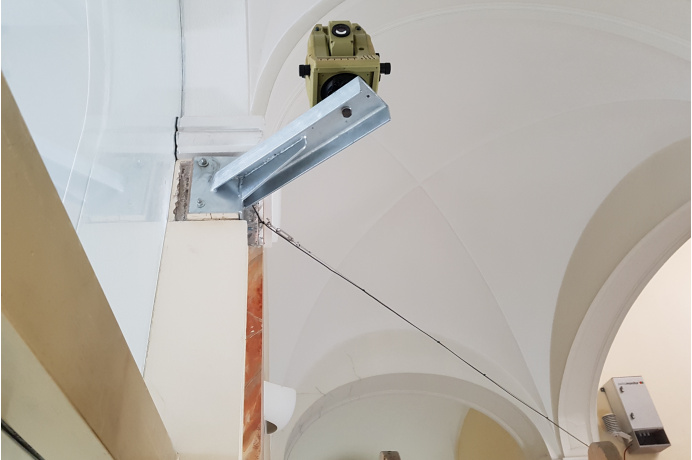 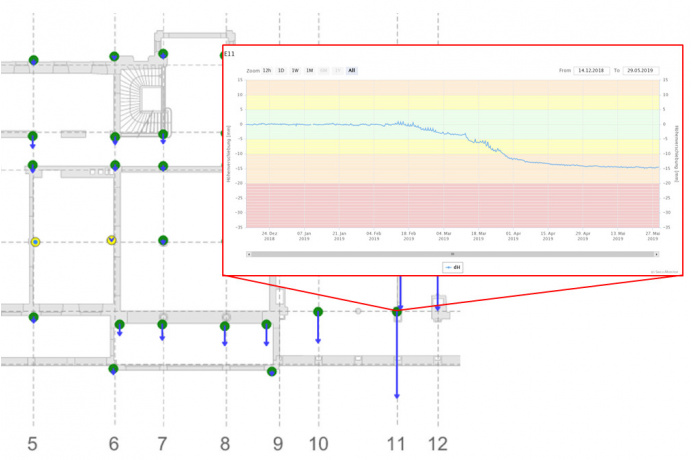 The Hotel Palace Lucerne is a hotel of the Belle Époque and was built between 1904 and 1906. Since the end of 2018, the hotel has been completely renovated for CHF 100 million over a period of approximately one year.

As part of this renovation work, load changes will occur through lowering work in the basement on the one hand and through the complete gutting and conversion of the 5th and 6th floors on the other. As the historic building already showed minor cracks before the statically far-reaching conversion work, these load changes had to be permanently monitored with an automated height monitoring system.

Together with the civil engineers, it was decided to install a combined measuring system consisting of several liquid levelling systems and a precision total station inside the building. The measuring system has been in operation since December 2018 and provides reliable and high-precision changes in height of the building in the sub-millimeter range!

Further information on the TEDAMOS solution can be found at http://en.tedamos.ch