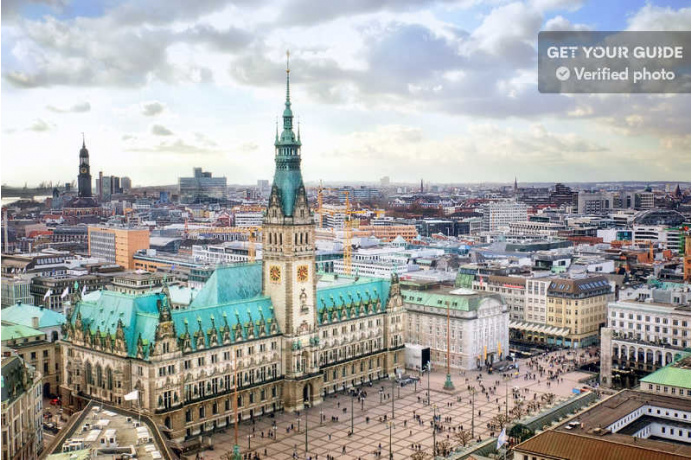 In 2018, the Landesbetrieb Geoinformation und Vermessung (LGV) commissioned BSF Swissphoto to carry out a photo flight over the city of Hamburg to produce orthophotos with a resolution of 5 cm. The entire city area (800 km2) was flown. A special feature and novelty in this project was the large-scale calculation of a digital surface model (bDOM) as well as the generation of a TrueOrthophoto with the software SURE from nFrames.