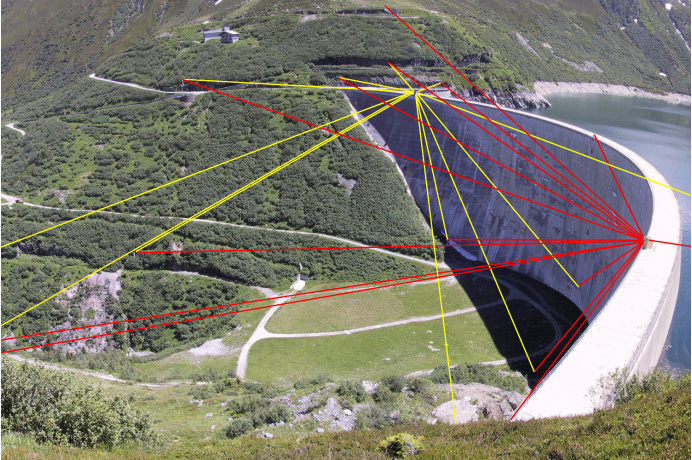 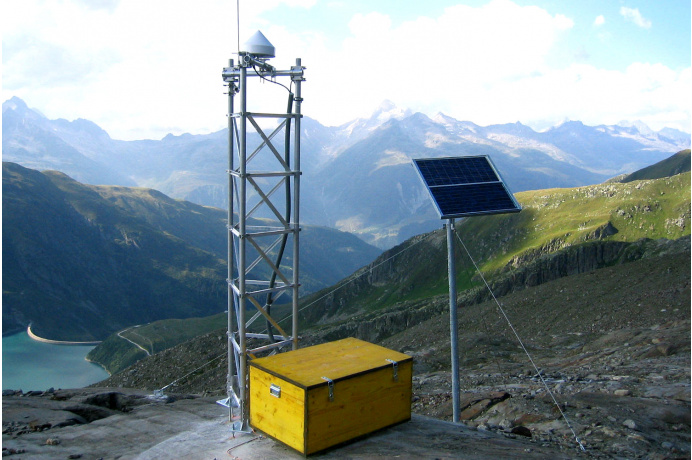 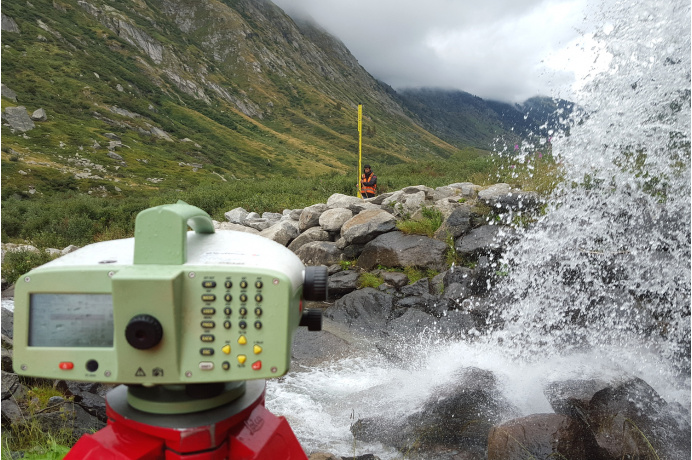 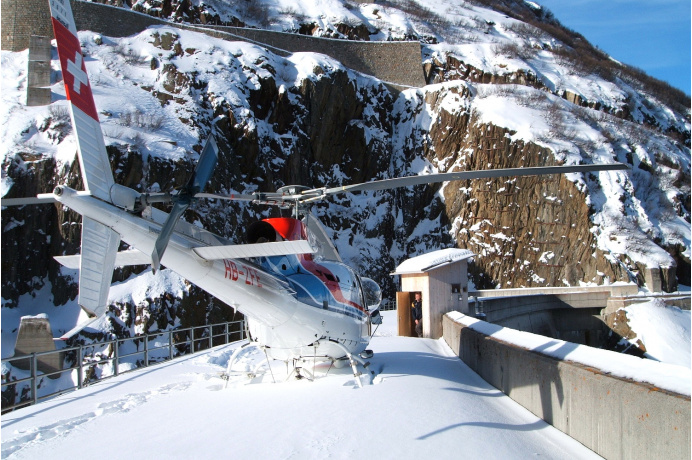 Tunnel constructions are known to possibly activate rock dewaterings, resulting in potential surface subsidences. The 57 km long trace of the Gotthard Base Tunnel crosses the area of influence of three retaining lakes Curnera, Nalps and Sta. Maria in Southern Switzerland. Theoretical explorations have shown that the tunnel excavation results in surface subsidences up to 5 cm. To minimize the risk for the dams, an extensive monitoring system has been installed, which surveys all the year round the dams and their surroundings for changes at the scale of millimeters. The surveillance requires a high weather resistance of the instruments and all other installations. The project has been realized by an association of BSF Swissphoto, Grünenfelder und Partner and Amberg Technologies.

The monitoring systems at the Nalps and Sta. Maria dams (2 total stations each) were taken over by the dam owner and operator, Axpo AG, from AlpTransit Gotthard Ltd. in 2016.

The operation of the total stations will continue to be guaranteed by Terradata. In the summer of 2020, these monitoring installations celebrated their 20th anniversary - probably the longest permanently operational total station monitoring project in the world!