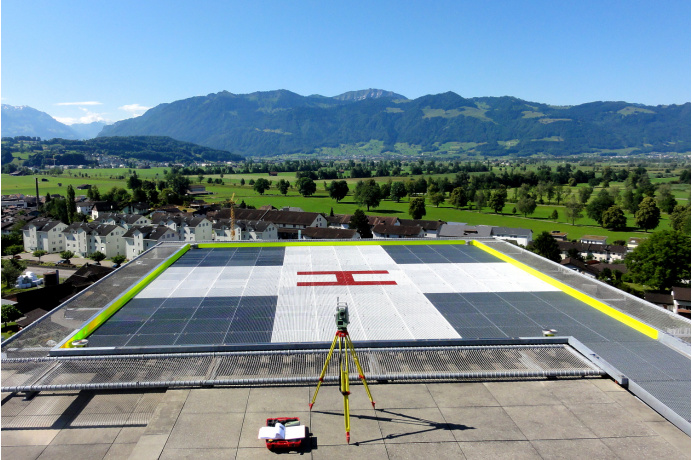 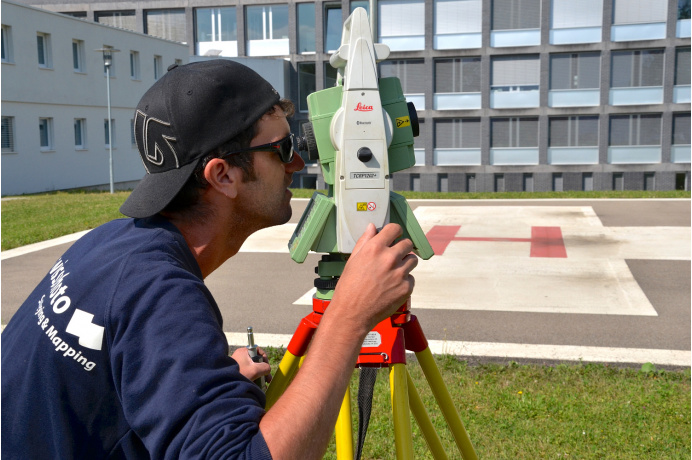 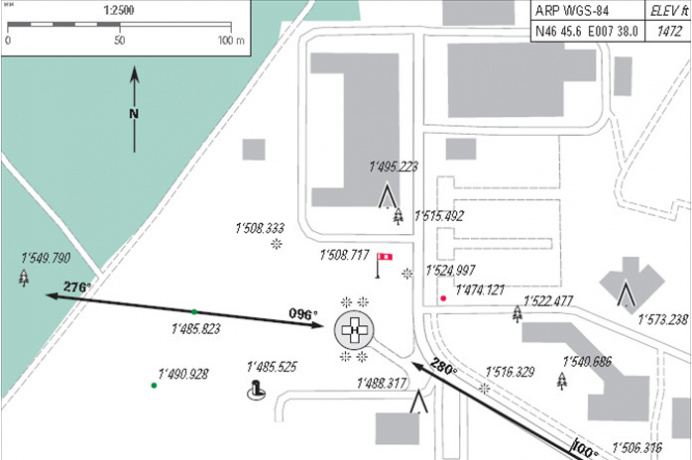 The European Aviation Safety Agency (EASA) mandated a detailed documentation for all off-airport helicopter landing sites by 28.10.2014. The Swiss Air Rescue operator Rega tasked BSF Swissphoto with a detailed survey of 70 landing pads at hospital sites throughout the country. For these sites, the landing zone itself (final approach and takeoff area, FATO), access paths and all potential obstacles in the main approach and departure paths were mapped. The precise 3D obstacle coordinates constituted the basis for visual approach charts produces by the Swiss air navigation service provider Skyguide.

Survey of the Gotthard base tunnel (57 km)

Airports around the world
Jeppesen (USA)
since 2004
Learn more

Survey of the Gotthard base tunnel (57 km)

Airports around the world
Jeppesen (USA)
since 2004
Learn more